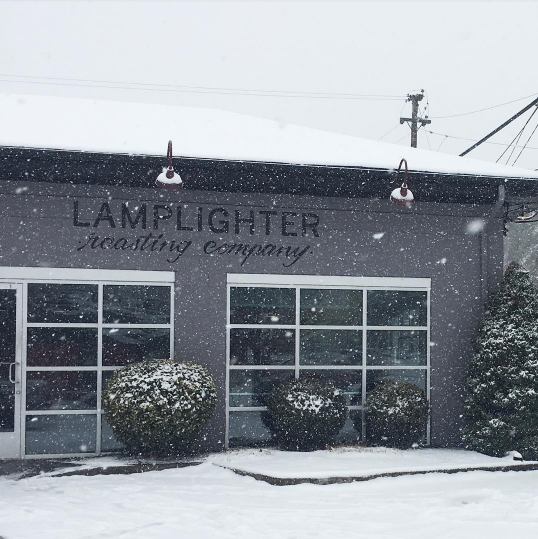 “This is the most exciting roasting has ever been,” Jennifer Rawlings, roast master and co-owner of Lamplighter Coffee Roasters, in Richmond Virginia, said on a recent call.

Rawlings, who began roasting in 1998 and co-founded Lamplighter in 2009 with Noelle and Zach Archibald, was speaking about the quality of the coffees she has now access to — versus when she was buying in the 1990s from brokers who had no trouble bending the truth with a woman who was just starting out.

But her comment hangs like a tidy umbrella over the conversation, as she speaks alongside Alan Smith, a Lamplighter roaster who apprenticed under her.

Smith points to how dramatically technology has changed roasting in recent years.

“One thing that’s really great about the rise of the internet and the ability to cloud-host everything and have access to other people’s information is that it’s scalable,” he explains. “You don’t have to have a massive wholesale operation to be able to afford software that’s an effective tool for you to be able to run your business. … The internet has made it so that anybody can roast coffee, if you’re someone who just wants to watch the numbers.”

“The specialty market is a lot about the story — what somebody tells you the coffee is and where it was grown and where it came from,” he continues. “But I’m not there. I don’t know if it’s true or not. So you need to foster relationships that are based on trust and mutual benefit, so you can have a truly ethical product.”

Coffee buying is also a more political statement than it’s ever been.

“I became a roaster because I love coffee,” says Rawlings. “But I knew that to be in business the way I wanted to, and to be politically sound, ethically sound, I was going to have to be a roaster. We put our money where our mouth is and really practice our ethics. That’s a thing we have to do with every purchase of coffee that we make. Our word is all we have. Our actions are all we have. It’s pretty basic: We get to practice our beliefs with our money.”

Additionally, Lamplighter’s role has never been better — Style Weekly, while naming Rawlings and the Archibalds to their Top 40 Under 40 list, described Lamplighter as “Richmond’s living room.” Which, as the two spoke, it became clear is as much about forward thinking as a classic sensibility.

“When we have outreach efforts, I think what surprises people most is how many steps and layers go into making coffee delicious,” says Rawlings, when asked what she’d like people to know about Lamplighter.

“It’s not just about getting great coffees, and everything that goes into roasting. It’s also the training of the employees. Impeccable quality control. It’s constantly revising. It’s aging trials. It’s so much work — and people are constantly surprised to hear that.”

Smith agrees, and then points to the difference between the largest third-wave roasters and a community-based brand like Lamplighter.

“I think that coffee shops, and the spaces we create, are ultimately the point of the entire thing.”

“I think Lamplighter coffee stands on its own as a really wonderful product … but the experience of being in the place that is Lamplighter is the thing that you can’t get just by drinking the coffee,” he says, carefully putting a finger on an idea.

Lamplighter posted this photo to its Instagram account Dec. 16, 2016, celebrating its seven year anniversary — and the time it hosted a “giant cup of coffee bike jump.” It added: “Here’s wishing for many more years of coffee and good times!”

“When you come to Richmond, and you see the kind of space that Lamplighter occupies within the community, that’s something that you can’t get across without being here,” he continues. “And I think that coffee shops, and the spaces we create, are ultimately the point of the entire thing. The space that we’ve created is really important to our community. And Richmond is a city, but a small one, and ultimately we have the ability to have a lot of impact in our world, even on a one-to-one basis, with the people we speak with every day. I think that’s what I want people to understand about Lamplighter — that it’s more than coffee.”

From seven years of hard work, one could hardly hope for more.

Rawlings is silent for a moment and then manages, with a half-laugh, “I’m weeping!” •