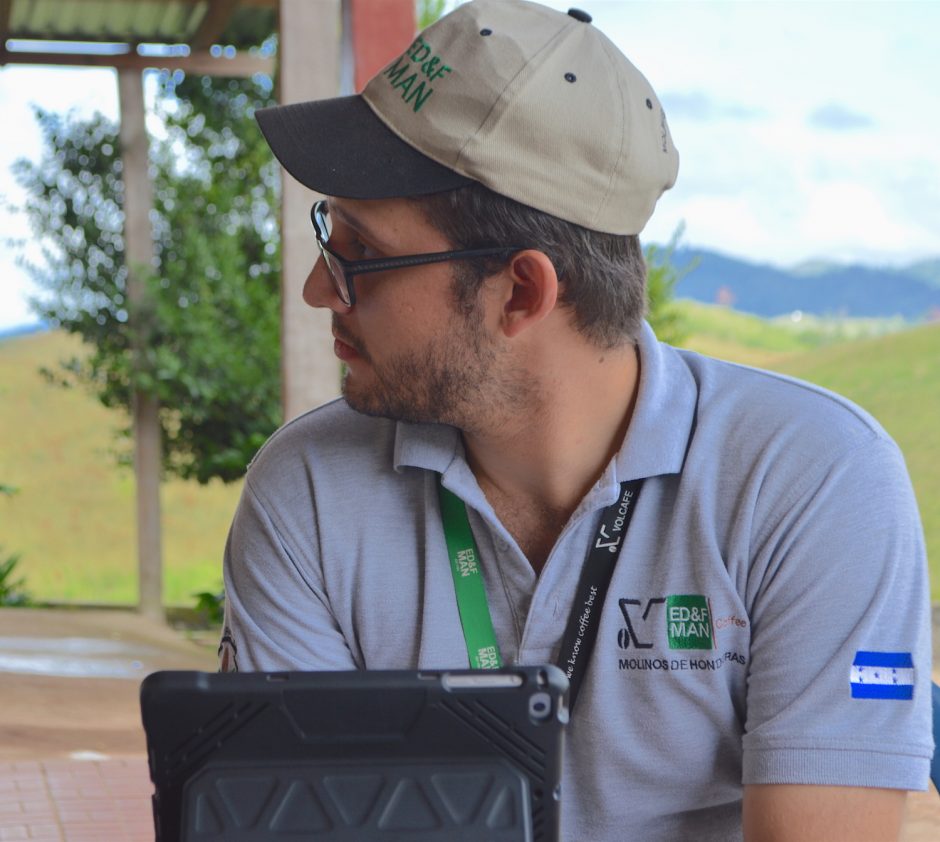 Joshua Tracey, general assistant manager and a trader at Molinos de Honduras — the mill that processes Reserva Guama Danta and other Honduran coffees for Genuine Origin—traveled to St. Louis for our Roast and GO competition Dec. 16. Because Guama Danta was the competition coffee, we invited Joshua to be a judge.

A generous guy who’s packed with stories, Joshua had us riveted, as we sat around Rise post-competition, talking, avoiding the waiting icy night and enjoying a few beers.

Here’s one story we managed to get down, in hopes of giving it a wider audience:

“Three of the Honduras microlots from this year — El Lesquin, Liquidambar and La Lesquinada — are actually adjacent plots. Their names are different names for sweet gum, the type of tree on the properties.

The lots are owned by two brothers, Walter and Sergio Romero. It was their father’s property, and he was going to sell it, right when the leaf rust happened. So, it sat for a little while, until the sons decided to buy it from their father — they wanted to prove that you could have traditional varieties and be successful. They didn’t put in any rust-resistant varieties.

It took them three years to bring the farm from basically abandoned to their first harvest last year, and their strategy was largely about pruning. They cut off the whole tree, so only the trunks were left, and waited for them to grown back. They really believe in traditional varieties — that they’re higher quality, better coffees, and they were willing to take the risk.

They brought in a good harvest last year, and this year we’re working together, trying to implement Volcafe Way. It’s really exciting. They’re trying to bring the traditional varieties back to Honduras, and showing their community that if they can do it, so can everyone else.”

—
Click to view our complete lineup of coffees from Honduras.