Lightwave Coffee Roasters Is on a Journey 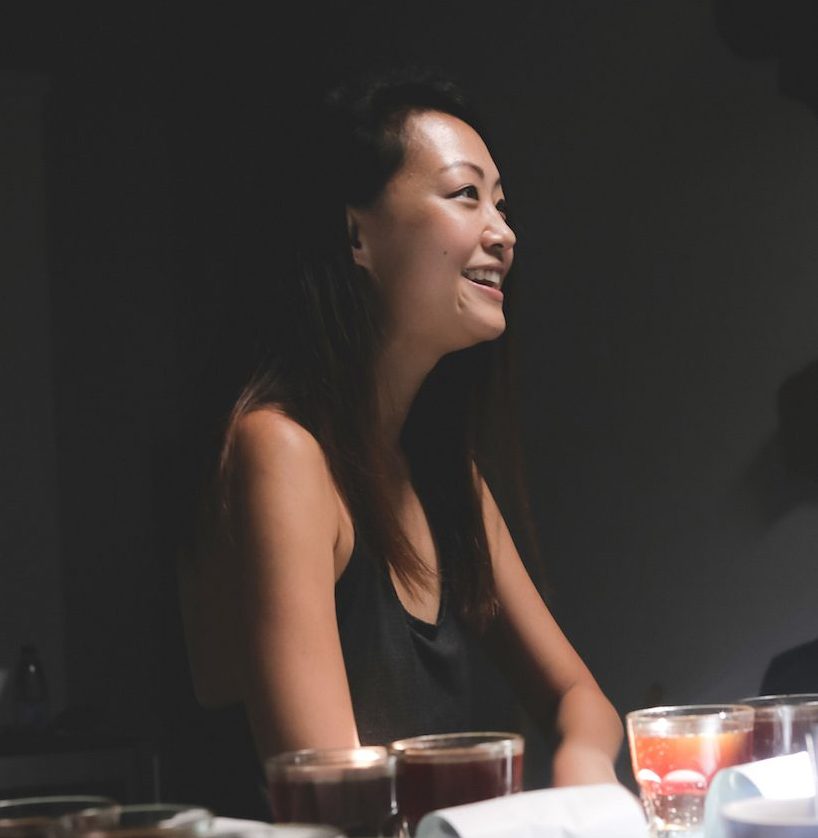 “I knew I wanted to be in the hospitality industry, I just wasn’t quite sure how,” says Joy Park, owner of Elabrew Coffee and Lightwave Coffee Roasters in Los Angeles.

“As corny as it sounds, I love serving people. If you take a moment to feel what it feels like to make someone’s day. I love it.”

Park went through the hotel program at Cornell University, moved back to Los Angeles (“It’s like a frozen tundra near the Finger Lakes!”) and got an MBA at Claremont. That was about eight years ago, and the food truck concept was beginning to catch on.

“There was the Kogi truck, and a grilled cheese truck. There was a solid 10 to 15 trucks. But there wasn’t a coffee truck, only coffee carts,” says Park.

With her partners at the time (she bought them out, within the first two years), she submitted a business plan, for a license.

“The city didn’t know what to do with it! They had the hardest time figuring out the proper regulations,” says Park. “A food truck is powered by gas — you have gas stoves and whatnot. But power is like less than 10 percent of it. A coffee truck is the complete opposite. Your whole truck is power!”

She wound up buying an enormous generator that she laughs about today.

“But that was part of our journey. We wanted to be risk takers! We wanted to do something different and bring specialty coffee to the masses,” says Park. “Now, that sounds ridiculous. But back then, on the West Coast especially, everyone was just drinking Starbucks.”

And the few specialty places that were there, she adds, “They were like too cool to take your order. It was awful.”

While they waited for the go-ahead on the coffee truck, they prepared the other pieces of their business, including the marketing. One day, Yahoo’s Santa Monica office called to say the coffee retailer in its building was moving out and could Elabrew bring its truck, until a new shop set up.

“We were like, ‘Oh, funny thing! We don’t actually have a coffee truck yet…’”

They showed up, painted the space, set up as best as they could and in two weeks were serving coffee.

“So, we opened our first specialty coffee shop before the coffee truck even launched. That was seven years ago, and it’s been quite a journey.”

Elabrew served coffees from Sightglass, George Howell, Heart, Bows & Arrows, 49th Parallel, Ceremony and a slew of others, determined to share a huge variety of roasting styles and tastes with the neighborhood. Soon, Park opened a second store, a kiosk, near the CNN tower in Hollywood. It was all glass panels — a sweet, little one-person operation. Until it was bulldozed to clear the view for a larger tenant.

“I’m laughing now, but it was traumatic at the time,” says Park. “I learned a lot about growing up and about business and leases.”

A shop in downtown Los Angeles came next, a big, open space with a basement where today bands play and poetry readings are held. And still Park wasn’t finished.

“I’m a student at heart — I can’t help but always want to learn more. So of course I wanted to learn the next step: roasting.”

It was a passion project that brought the whole team together, she says.

“Baristas don’t get enough credit for how amazing they are. This industry is hard! But these people are happy and motivated. I give them credit for teaching me so much, and for sharing their knowledge and their tools and their tricks.”

She’s also grateful for the coffee family that came together around her.

Raymond An is one of Lightwave’s roasters.

“I’m a single mom, and it’s tough. But my team helped me so much during my pregnancy and the first year after the baby was born. I’m at this place now because of their support. I’m just so thankful for them.”

As for roasting, says Park, “There’s a lot to learn, and a lot of humility is required. It’s like you’re composing — there are a lot of elements that come into play and need to be considered. And you need to have that larger vision. My roasters … it’s been a three-year process. We worked hard out of the gate. But I’m not going to put sub-par coffee next to any of those 30 roasters we’ve been selling, and that I have respect for. We could have released Lightwave three years ago. But we wanted to get it exactly right.”

Park says she feels Lightwave is still just starting its journey — and appreciates that Genuine Origin is, too.

“It’s been really cool working with you guys. You guys are still working out your kinks, but what I appreciate is the genuine customer service. That’s my backbone — hospitality. And when I see that and experience that — I know, this is going to work.”

She continues, “I also absolutely love your boxes. Just to have that option is amazing. We don’t have an issue going through the big bags. But if you just like a lot of different coffees, you guys really provide that access. I never have to think, ‘Oh, now I have to wait a month to go through this.’ I love that flexibility.”

As for that journey, Park adds that Lightwave was recently accepted to compete in the Coffeefest Portland, America’s Best Espresso Competition.

“So, we’re highlighting our coffee and where it comes from. And, it feels like another step toward where we want to be. I really want to represent L.A.,” says Park.

This idea brings her back to hospitality and why she does what she does.

“I care. I care so much,” says Park. “Because here’s the thing: People can go to Starbucks. They can go anywhere. But they choose to come here. They choose to come visit our team, to get served by us. And I think that’s so powerful, so beautiful and so simple — that human connection. You need it! And if you do it in a genuine way, people feel it. Something starts to grow, and it’s amazing.” •

Holding Fees, Carry Charges and Other Things We Don’t Do

Make Us an Offer: Every Last-Harvest Microlot Is Up for Bids!

In Ethiopia, a Reputation for Quality