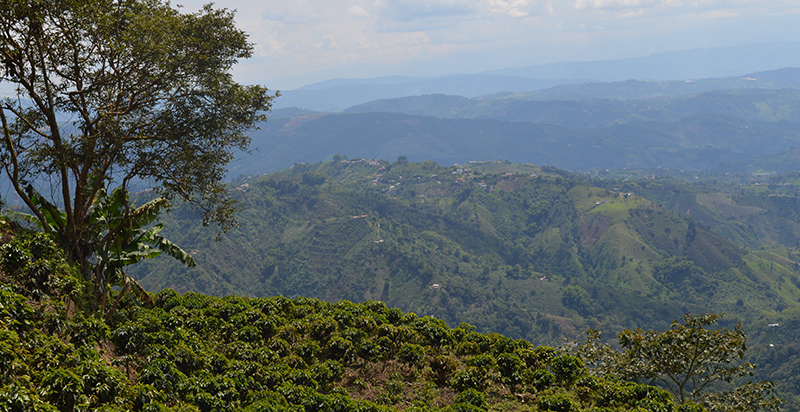 Since the discovery of the decaffeination process in the 1900s by Ludwig Roselius, progress has been made to enhance and preserve coffee’s flavor in addition to removing the caffeine. Approximately 12% of coffee drinkers are sensitive to the effects of caffeine, and these individuals are frequently met with less than delicious decaf coffee. While the average six-ounce cup of coffee typically contains approximately 50 to 75 milligrams of caffeine, 10 milligrams is enough to affect some caffeine-sensitive people.

Decaf drinkers, we have great news! Our Sugarcane Process Decaf (Ethyl Acetate) from North Valle del Cauca is arriving! Can you imagine a decaf with tasting notes of almond, nougat and stone fruit? How about a decaf with mild acidity and heavy body?  This is possible thanks to the ethyl acetate process.

The name might sound like a caustic chemical, but ethyl acetate is an organic compound found in fruit juices, cereals and sugarcane; this is why it is known as a “natural” decaffeination process. This process extracts around 97% of the caffeine, and it begins with fermentation of molasses derived from sugarcane to create ethanol. This alcohol is then mixed with acetic acid (the main component of vinegar), to create the compound ethyl acetate.

There are different ways to extract caffeine out of coffee beans, and these processes fall into two main categories: solvent based and non-solvent based. Ethyl acetate is a solvent and it is applied directly to the bean, which means this is a direct solvent process.

The first step always begins with opening the pores of the seeds by steaming them at low pressure. This takes about 30 minutes, until the seeds swell and the moisture content facilitates extraction of caffeine.

Now the coffee is ready to be soaked in a solution of water and ethyl acetate that naturally bonds to the salts of chlorogenic acids within the seeds, allowing the removal of the caffeine. The solvent is recirculated multiple times until at least 97% of the caffeine has been removed. Once the coffee has reached this point, it needs to be steamed once again to eliminate the remaining ethyl acetate. The evaporation point of this compound is approximately 70°C, which means that after roasting the coffee, there will be no trace of ethyl acetate left.

After soaking and steaming, the coffee’s moisture level needs to be adjusted back to 10%-12%, which is done with vacuum drying drums. It is then polished to enhance cleanliness and protect it against environmental humidity.

Because ethyl acetate comes from sugar cane and is an organic compound that can effectively remove caffeine, the coffee’s flavor attributes will not be extracted and will rather be slightly sweeter thanks to the solvent. We’re so excited to share the hard work and care that has gone into producing this incredible decaf coffee.