Fresh shipments of Brazil green coffee are pouring into Genuine Origin’s warehouses. We caught up with Volcafe Brazil, our sister co, to learn about what’s going on with coffee in Brazil after a summer of frost, drought and market turbulence.

Last summer, three bouts of frost hit some of Brazil’s most significant coffee-producing regions. When compounded with the persistent effects of the pandemic, the frost set off a chain of reactions that rattled the C-market and sent coffee prices sky-high for the subsequent months.

But the frost wasn’t the worst of it. In 2021, Brazil also faced the harshest drought the country has seen in over 90 years, leading to water rations for the general population and unprecedented challenges for the agricultural sector to keep crops irrigated. These shortages are piling pressure onto already-soaring inflation rates. Only around 30% of arabica-growing farms currently have irrigation systems installed, leaving coffee plants to the mercy of regular rainfall. 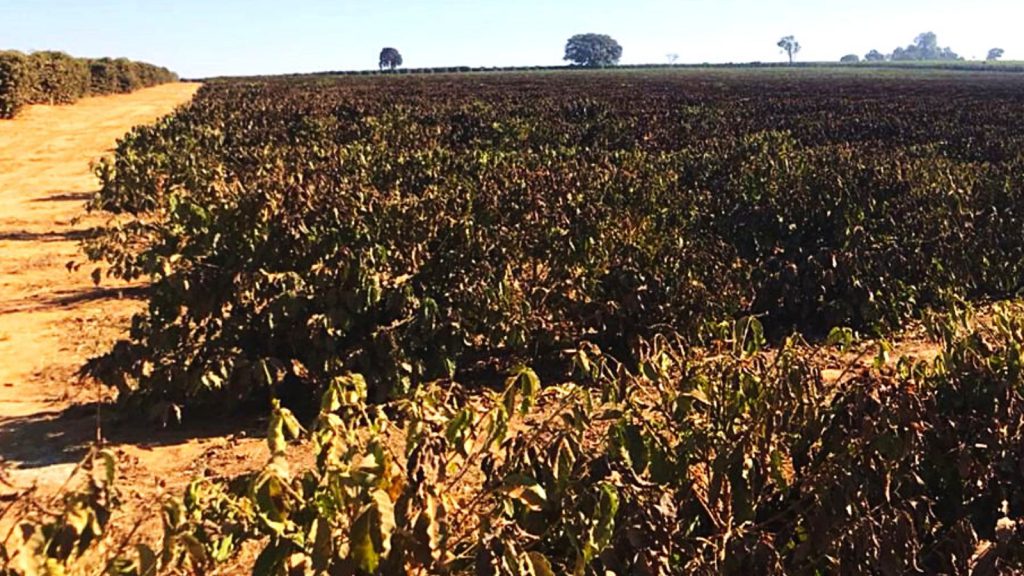 Marcelo Pedroza, Specialty Coffee Trader at Volcafe Brazil who’s based in the field at Cerrado, reports that coffee trees have lost a lot of the coming crop due to the drought. “We have an alignment in factors that leads us to believe that the future is going to be tight in availability for top qualities,” says Marcelo. “Brazil should have lost 20-30% [around 4-8 million bags] of crop potential.”

Depending on the damage, farmers employed different pruning strategies to reverse some of the loss from frost, including stumping, skeletonizing, and recepa (a low-pruning renewal method). To combat further adverse dry weather, farmers also employed more water-retaining mulch layers and better husbandry to promote the growth of coffee roots and prepare the trees for future dry spells. Volcafe Brazil’s field teams spent over a month traveling up and down the country to understand these weather repercussions on the farms better. “We had a huge, beautiful flowering, but the fruit set was a flop, and frustration was at a peak,” says Marcelo.

Farms that were lightly affected are forecasted to recover by 2023, but it might take up to two seasons for heavily affected farms to get back on track. This means Brazil will have two consecutive years of production deficits and tight supply. The C-market and Brazil green coffee

On the other side of the equation, the uptick in global consumption levels is a cause for enduring optimism. The C-market price rally began last July, and most farmers in Brazil did not participate because of previously contracted commitments to deliver this year. Now, the high market environment may spurn a renewed investment cycle into coffee to reap the returns.

“The coffee sector in Brazil is very advanced, and because of past investments, we have a good infrastructure already. The coffee belt is the richest part of Brazil, and when farmers see an incentive, they are willing to invest,” says Marcelo.

A great example of Brazil’s enthusiasm for advancement is the rise of pulped natural coffee. After the government deregulated the coffee sector in the 1990s, international brands like Illy expanded their presence in Brazil, initiating conversations about coffee quality among farmers. Once farmers realized that the premium they could earn for producing higher quality coffee was worth the effort, they began investing in big washing stations and sophisticated dryers. “Everything started to evolve after the 90s,” says Marcelo. “It was a turning point for Brazilian coffee.”

Although weather conditions in Brazil permit the low-cost use of natural processing, pricing premiums from companies like Illy were a huge disrupter to the status quo. They encouraged more and more farmers to adopt pulped natural processing. Now, around 3-5 million bags a year are pulped natural, including this lot from Mata de Minas. 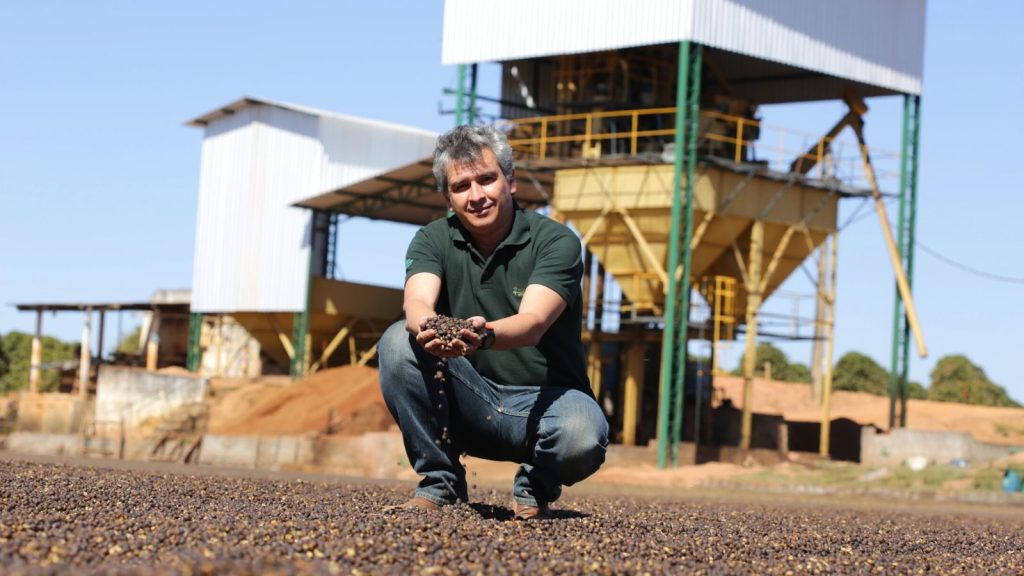 How has COVID-19 disrupted the supply chain in Brazil?

Despite having one of the highest death rates from COVID-19 globally, Brazil avoided a devastating impact directly on the agricultural sector due to the pandemic. However, the disorder brought on by supply chain issues worldwide makes it difficult for farmers and exporters alike to deliver on their promises.

“The production cost of coffee is doubling because fertilizer and fuel prices are on the rise,” says Marcelo. “The farmers who suffered losses last year are in bad condition and are relying on government loans to keep running. At the same time, many exporters are also suffering from defaults on the farmer’s side, and the supply chain is a mess.”

It’s all linked together, mainly because of the cash and carry structure Brazilian exporters operate on. When a farmer is unable to deliver coffee, exporters must scramble to source alternatives. In this case of an inverted market, the price differences between previously contracted coffee versus a new buying arrangement are astronomical. Meanwhile, container shortages at the port are bottlenecking the flow of coffee out, and supply is held up at the warehouse, where exporters need to continue paying carrying costs. Marcelo estimates that around 3 million bags of coffee in Brazil are still unshipped.

“It’s a domino effect, and everyone is suffering from cash flow issues,” says Marcelo. “Fortunately, Brazil has an advanced export sector in coffee, and the people are professional. Every day is different, and that’s why coffee is so exciting.” 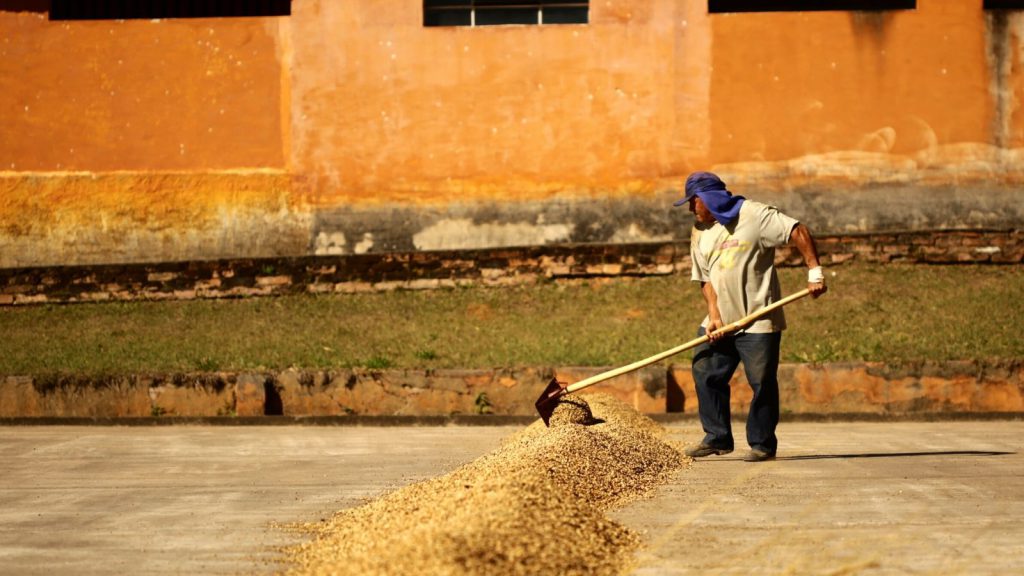 The Arara variety, a cross between Catuai and Abata, is gaining some lively traction in Brazil as a hedge against climate change. The main attraction for adopting this variety lies in its double-edged ability to tolerate water-stress and endure heavy rainfall with minimal fruit loss. In addition, the vivid yellow cherries, with their large coffee beans, perform well on the cupping table and fetch a premium for their striking flavors.

Volcafe Brazil continues to focus its efforts on connecting with farmers to stay up to date on growing conditions. Keeping the network flourishing is integral to the success of sourcing and having the first pick of the coffee quality that comes out of production. “We are digging more into the direction of microlots and training our master blender and technicians to go after [exotic] high-scoring specialties,” says Marcelo.

Find out more about our Brazilian coffee collection on our website as we continue to receive the latest lots from the 2022 season — https://www.genuineorigin.com/brazil