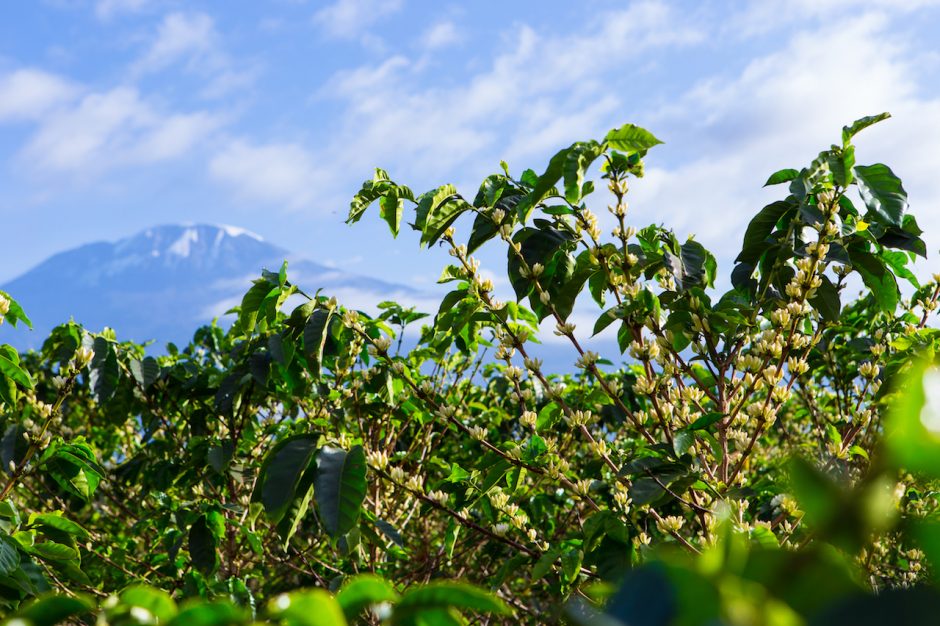 Matthew Harrison has a background in agriculture. And while he’s spent extensive time in the coffee fields, he now lives in the coastal city of Dar es Salaam, focusing on field operations and the trading side of the business for GO sister organization Taylor Winch. Last week, he stepped away from the cupping table to chat about coffee, culture and why there’s no such thing as a signature drink from Tanzania.

There was good news from Tanzania last Thursday. While the Kilimanjaro region in the north receives two rainy seasons, in the south of the country, around Mbeya and Mbinga, one rainy season is the norm. And it had just ended.

“Mbinga’s had very heavy rainfalls this year, and it’s been a challenge for sure. Some of the roads are just impassable — they look like rivers,” said Matthew Harrison, assistant general manager at Taylor Winch, GO’s sister operation in Tanzania.

“All the roads in the region are dirt roads — well, mud — and it’s very mountainous. It’s quite lethal, so they become cut off from the rest of the country during this time of year.”

“The rains finished on Monday … So he was excited to go visit the farmers.”

He continued, “But I was just talking with one of our field officers this morning, and he said that the rains finished on Monday. They just stopped, and the sun’s come out, and it’s been sunny every day. So he was excited to go visit the farmers.”

The rain had started in October, Harrison explained, bringing about a flowering. The rains encouraged the growth of cherries, which will finish and ripen during the next few sunny weeks, and then the harvest will run, depending on altitude, through June, July and August.

Coffee Berry Disease (CBD) is a challenge this year in Mbinga, due to a prolonged rainfall.

A challenge now for the Volcafe Way field teams will be to help prevent outbreaks of leaf rust.

“Because it’s been so wet, the plants haven’t had a chance to dry out. It’s warm, and it’s moist. There are low clouds and really muggy conditions, and it exasperates the fungal diseases, which spread from tree to tree. They get this yellow leaf, which affects the photosynthesis and affects the production of the cherries,” he explained. “That’s been a big challenge for Mbinga.”

“Once the plan succumbs to it, that’s it. There’s no rectifying the problem.”

Also challenging, Harrison continued, is that treating coffee trees for leaf rust means preventatively spraying “agrochemicals” before the disease arrives. Which the farmers, low on cash, aren’t eager to do.

“Understandably, they’d prefer to treat the diseases once they see them,” he said. “But with many of these diseases — for example, coffee berry disease, or CBD, once the plant succumbs to it, that’s it. There’s no rectifying the problem.”

While many producers are second- and third-generation coffee growers, the culture of coffee in much of Tanzania is that a son won’t become involved with the farm until his father passes away. So there’s not much of a knowledge transfer.

“They’ll come to us and say, ‘The cherries on my trees are turning black. What do I need to do?’ And then our guys will say, ‘Well, those cherries can’t be saved. But if you want to prevent the rest of your cherries from turning black, you need to start spraying your trees.’ And then typically, because they don’t have a lot of money in their pockets, they’ll decide to spray half of their farm, maybe the half that looks particularly healthy, and leave all the rest.”

As for ways that farmers might increase their yields and make more money, Harrison explained that, foremost, there’s a culture to respect.

“They’re not businessmen. And there’s nothing wrong with that. They’re generally older men, in their 60s and 70s, they’re very happy people, and they’re just doing what they do to live. If you say, ‘You can double your production, but it’s going to require a bit of work,’ it’s common for someone to respond, ‘Well, I’m pretty happy. I have just enough money, so I’d rather not work more.’ Which is what it is.”

The exception tends to be women.

“The women-run farms tend to be the best that we find. And again, it’s a cultural thing. Women here generally do all the work,” Harrison explained.

“For example, we work with a couple of women-run cooperatives, and they’re by far the most successful, and they’re very transparent with all their costs and with everything. There are a couple of groups in Kilimanjaro that are certified, that we work closely with. Mamsera, and Ushiri. They’re both women-run and wonderful.”

“Many people think of Kilimanjaro as the home of Tanzania coffee, because that’s where it was first introduced into the country in the late 18th century, by missionaries. But a lot has changed since then,” said Harrison, “and the main growing regions are now in the south of the country, which is more than a thousand miles away.”

“Mbeya is citric notes. It’s all oranges and lemons and a very light body.”

“The typical Kilimanjaro coffee has quite a heavy body. It has chocolate and caramel sort of flavors, with acidic notes similar to that of a Kenyan coffee. It’s like a little brother of the Kenya coffees,” Harrison grinned.

“Then, you’ve got the Ngorongoro Crater, and the coffees around there and in the Karatu region, which have these very dark fruit notes. Sort of blueberries and blackberries and very distinct to that region.”

Then there are Mbeya and Mbinga.

“Mbeya is citric notes,” says Harrison. “It’s all oranges and lemons and a very light body. It’s very easy to pick out on the cupping table.”

And finally, there are the coffees of Mbinga, east of Lake Malawi, which Harrison describes as “a balance between light acidity and a caramel body.”

How to experience these coffees?

“Mbeya is a very nice all-around coffee, maybe for your pour over. And then you might use the heavy body from the north, the Kilimanjaro coffees, for your espresso,” says Harrison, before backing up to insist that people have their own tastes about such things. “But definitely,” he adds, “it would be missing out to not try the distinct regions and enjoy their differences.” •

*Mbeya is in! Click to order a box or request a free sample!