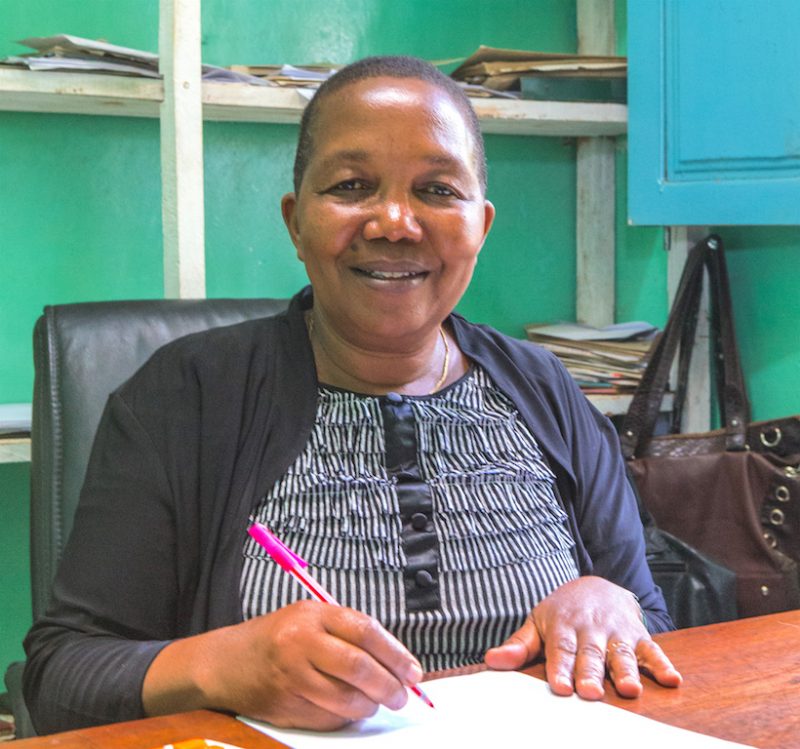 When women are involved — particularly, when women are board members or are in leadership roles, and especially when there are at least three of them — companies do better. They make more money, produce better products and they’re better places to work. A growing body of data has proven this out.

In coffee communities in Tanzania and elsewhere, our farmer support teams have likewise found this to be true.

Grace Murungi works in Moshi, in the Kilimanjaro region, at the Rafiki Coffee Limited dry mill. Rafiki is independently managed and, like Genuine Origin, is owned by Volcafe. This season, it helped to produce our Peaberry Mamsera Juu, AA+ Mamsera Juu and Kilimanjaro Classic Peaberry.

“I oversee a program teaching environmental sustainability, as well as gender issues. And, I do some similar consultancy training with an NGO from the Netherlands,” Murungi explained on a recent call from the field.

“It has become apparent that the cooperatives we work with that are led by women are more organized and more transparent, partly become they are led by women. I think the women take our leadership and agronomy trainings much more seriously than the men do, and they apply it more to their work. We see the results in the delivery at harvest,” said Murungi.

“Also, when the cooperative board has a woman manager and a woman board member,” she continued, “the information delivered to the farmers is much better than when it’s all men. We’re seeing that women affect good governance — remarkably so.”

“Women take our leadership and agronomy trainings much more seriously than the men do, and they apply it more to their work. We see the results in the delivery at harvest.”

She offered the example of the Mamsera Juu Cooperative, calling it “a star” of the program.

“Mamsera has a woman named Mary Shayo, who is the secretary manager (pictured above), and they have a woman board member. And they are just excelling,” said Murungi.

“We see that when women are on the boards, they address more of the issues that are important for the farmers. They’re more willing to discuss issues, than when it’s a men-led AMCO,” she explained, using the acronym for the local phrase for co-ops, the Agricultural Marketing Cooperative Society.

“They deliver trainings, based on programs we give them; she gets to work early in the morning; she has no loans with the bank; she’s managing everything; and she take more into account for the farmers,” said Murungi.

For all of these reasons, Murungi says she intentionally tries to schedule trainings, whether regarding agronomy practices or finance management, for the evenings, when more women are likley to attend. In the mornings, she says, “they have household work to do.”

“We encourage the women who are working on the farm to also become members of the AMCO.”

“In Tanzania, the household head is the member of the AMCO. But that doesn’t limit a woman to come also, and work with the men. So we encourage the women who are working on the farm to also become members of the AMCO,” says Murungi.

“We are encouraging households to work together and to plan together, so that the money that comes from the coffee benefits the whole household,” she continued.

In Tanzania, cultivating and selling bananas is considered women’s work, and coffee is men’s work. While a woman may work on the family’s coffee crop, the man will bring in the harvest to sell, and apparently it’s common for him to then pocket that money.

“If they work together, they should both benefit from the income of coffee,” said Muringi. “We’re teaching more family cohesion and balance.” •

Lead photo: At the Mamsera Cooperative, in northern Tanzania, Mary Shayo is the influential secretary.