The coffee supply chain is still reeling from the shock of COVID and it seems as if geo-political and macro events will make coffee logistics even tougher. Shipping via ocean freight corridors is still a challenge as congestion shifts from port to port in origin countries and the United States. Russia’s invasion of Ukraine, new COVID-19 lockdowns in China, trucker shortages throughout North America, and the upcoming summer fruit harvest in South America are some of the major disruptors of a still-recovering supply chain.

We checked in with our logistics team to get updates on the domestic and international coffee supply chain.

Charleston, SC may be the new Los Angeles – just not in a good way. Last year, shipping container logjams in LA and Long Beach could be seen from space. Now, the backlog is reversing as the East Coast struggles to manage delays of up to 10 days as ships pile up in New York, South Carolina, and Maryland.

“Charleston is the focus and hot spot right now,” says Juan Alvarez, Logistics Manager at Genuine Origin. “In general, the East Coast ports are suffering from delays and congestion, but Charleston is a disaster. They have 20-35 vessels out there waiting to be discharged and unloaded.”

Although Los Angeles and Long Beach have made progress on clearing up two years’ their backlog, many shipping companies have had enough and are steering clear of the West Coast entirely. “No shipping line wants to go to Seattle, Portland, Oakland, Los Angeles, or Long Beach. They’re basically saying they’re not receiving bookings for the West Coast until the situation gets better ,” says Juan.

That means that the coffee supply chain is making its way west via Houston. “That’s becoming an issue because every shipment is now going through Houston either via the road or using the rail to California,” says Juan.

At the same time, the lack of trucks and the risk of trucker blockades are causing shipping lines to veer away from managing inland services too. Last October, the American Trucking Association reported a shortage of 80,000 truckers due to poor working conditions. In addition, the sharp increase in fuel prices brought on by the war in Ukraine also leaves the transport industry scrambling, and shipping lines just aren’t able to react quickly enough to changes in the local market.

Hotspots in Central America include Honduras and Costa Rica, where ports are grappling with finding empty containers, and shipping corridors linking Latin America with the West Coast of the US have essentially been shut. “There is a potential service in the works with three shipping lines that are negotiating a shared service to Oakland, but there are still a lot of unknowns in that,” shares Juan. 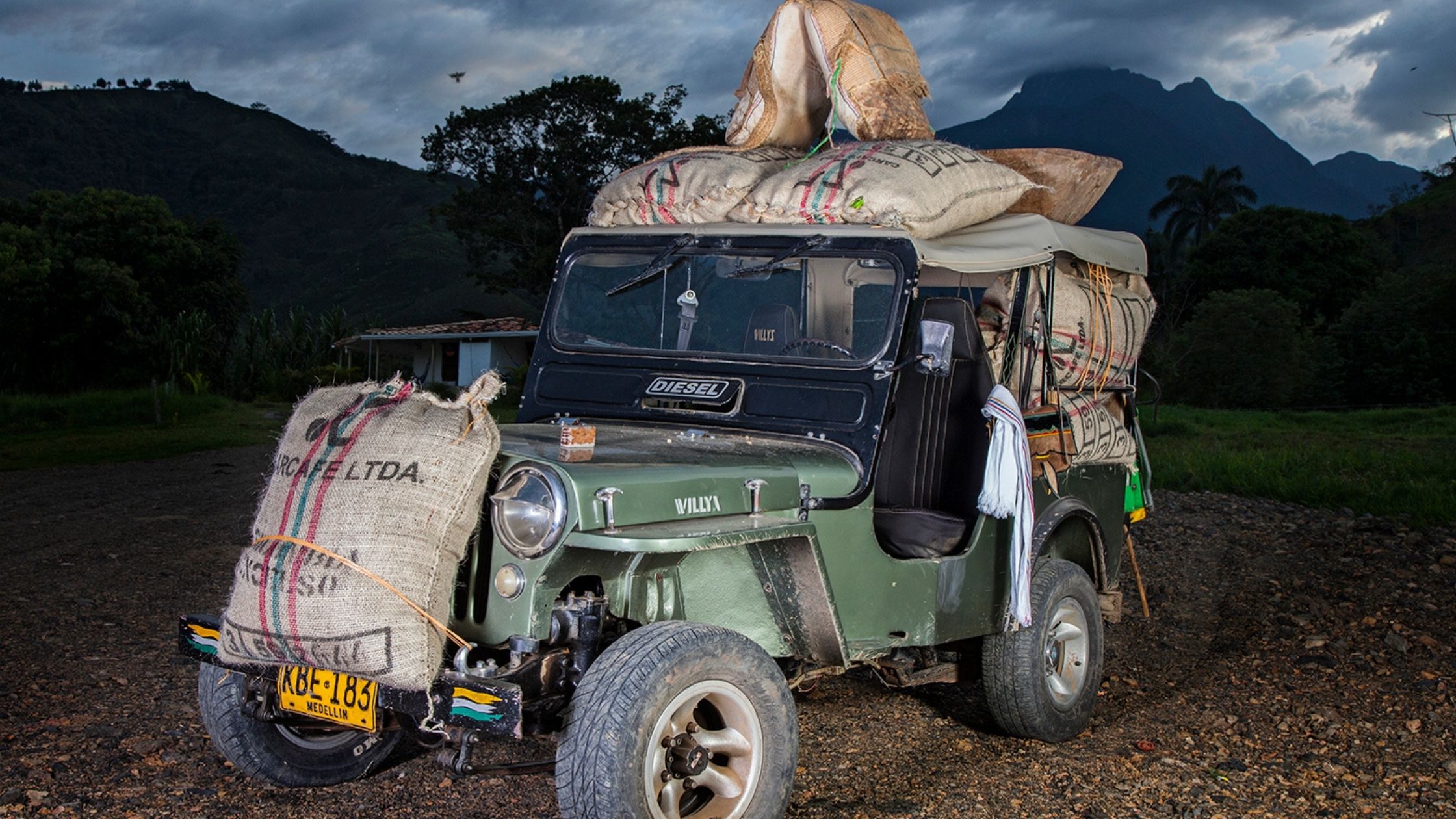 Green coffee being transported by jeep in Colombia

Coffee is not the only product that needs to be shipped. Juan told us that he’s keeping an eye on the upcoming fruit season in Central and South America. “We will have melons, pineapples, and all the citrus coming out of Chile and Peru, and the avocado season out of Peru and Mexico. Coffee is going to start competing with other commodities out of the origin countries,” he says. Space is already limited on the outbound vessels, and it’s going to be a squeeze to get summer fruits and coffee out at the same time.

Reuters reported a 3.1 million bag coffee deficit in 2021-2022, with a smaller off-season crop coming out of Brazil. Despite shipping less coffee, Brazil is still facing container shortages. Additionally, high costs of fuel and fertilizer, coupled with shipping bottlenecks, have added to the pressure on Brazil’s production capacity. All of this is contributing to rising green coffee prices across the board. 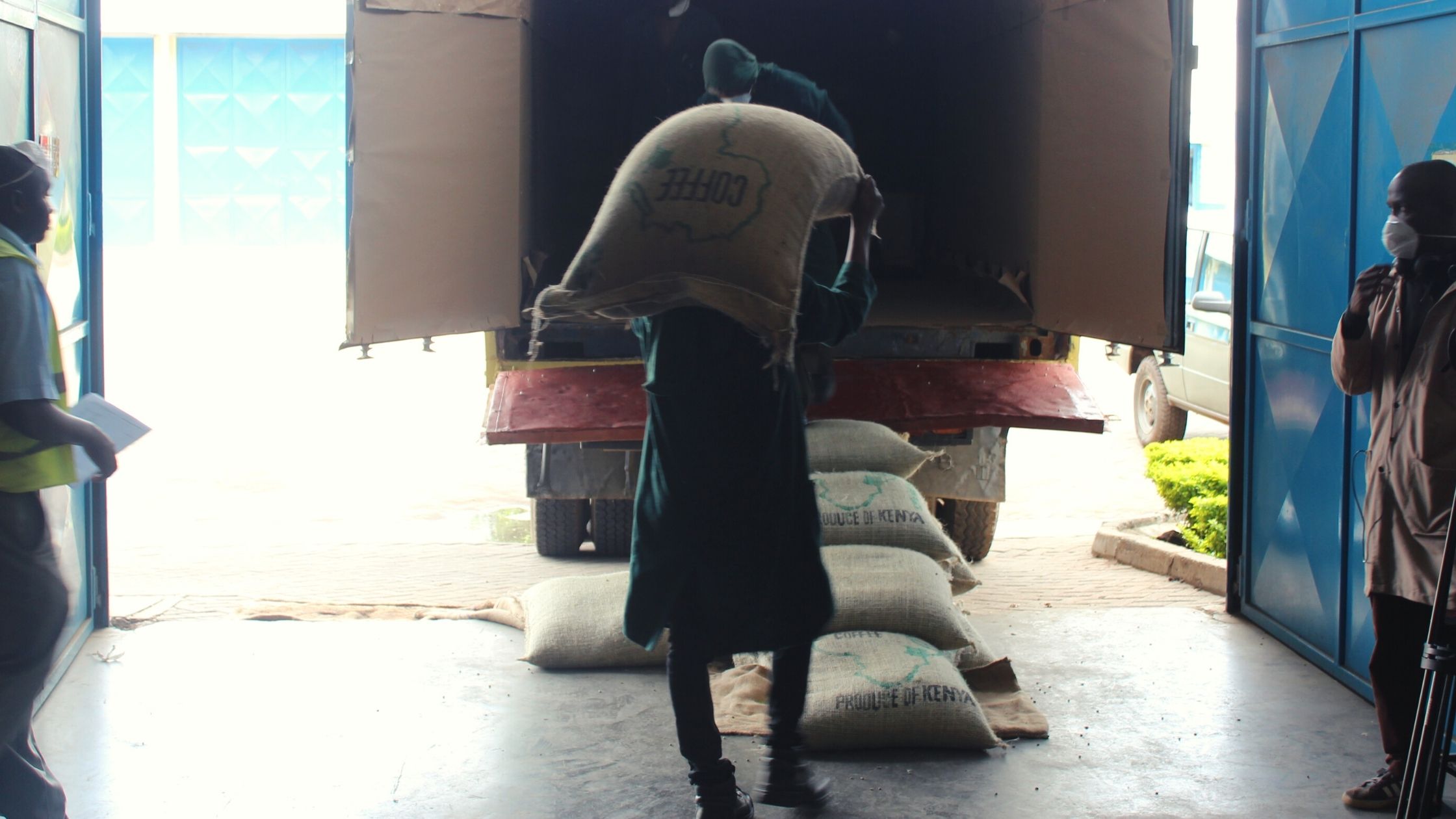 Europe is also in troubled waters. Sanctions by the EU have left thousands of containers destined for Russia stranded at sea. The sudden need to reroute so much volume is leaving the global supply chain in limbo, and congestion is building up in busy European ports like Rotterdam fast.

On the other side of the landmass in Asia, China’s recent covid outbreak threatens to disrupt the supply chain again as lockdowns shortages in everything from truckers to goods to food security. However, bottlenecks are slowly releasing as cities like Shanghai open back up. Experts are confident that the short-term issues will stay confined to the second quarter. With that said, it remains to be seen how chaotic post-lockdown surges will affect the flow as factories reopen with a long backlog of orders to fulfill.

Meanwhile, the coffee supply chain situation in Southeast Asia is seeing improvements little by little. “Shipping coffee out of Indonesia is still difficult, but Vietnam is getting better if you’re willing to pay the price,” says Juan. “There’s more space out of Vietnam, but the rates that the shipping lines are charging very high prices.”

Juan reports a similar situation in Africa, where it’s still a challenge to get coffee out of Kenya and Ethiopia. In Kenya’s port of Mombasa, fuel shortages keep cargo grounded at the port and cause delays for the agriculture industry, inciting further congestion down the line.

“In general, there are still a lot of challenges in the coffee supply chain, and we don’t see it improving in the next 18-24 months,” says Juan. “We’re working on new ways of doing business to adjust to this new coffee supply chain.” Genuine Origin will continue to report on updates along the way.